This article belongs to the collection Media & Entertainment

To the topic page
The term metaverse is currently on everyone's lips. But what exactly does it describe, what is technically required for it – and what are the critiques?

Metaverse - A look behind the concept

The so-called metaverse is on everyone's lips. But there is often a lack of knowledge about what exactly the term describes. The metaverse is a further development of the Internet, which consists of permanent, shared, virtual 3D spaces. These spaces form a perceptible, i.e., visible, virtual universe - an additional world that exists alongside reality. The Metaverse is thus a virtual reality (VR)-based successor to the Internet. What is special about it is that users can help create the worlds and live, learn, work, and celebrate there.

The metaverse originated in the 1985 game "Habitat" - a role-playing game similar to "The Sims," a popular computer game in which users can create avatars, set up households, make friends and build a virtual life. However, the term became really popular through Neal Stephenson's science fiction novel "Snow Crash" in 1992, and now the concept is experiencing a resurgence through Facebook's renaming to Meta and the ambitions it is raising. The hype surrounding the sale of virtual objects through so-called Non-Fungible Tokens (NFTs), which represent a specific object, for example a pair of pants, a work of art or even an apartment, whether digitally or physically in a blockchain, are additionally ensuring that the concept of metaverse is enjoying greater popularity.

Another milestone on the way to the metaverse was laid by the great popularity of social media. Through these, the barriers between "real" and "virtual" reality have already been torn down to some extent. It's already easy for us to let others share our lives via livestream or with a quick photo, and vice versa. Even companies are now banking on the fact that we can buy products directly from social media. In the metaverse, however, unlike social networks these days, the boundaries of compartmentalized services are falling away. Instead of having to log in again everywhere, everything merges seamlessly. In the ideal image of the metaverse, we jump seamlessly from one Internet service to another, bring people in from the real world or, conversely, show up with them in the analog world.

Expensive niche technology or real vision of the future?

However, a metaverse cannot simply come into being. It requires not only software solutions and digital tools, but also suitable hardware and equipment on the part of the users. In particular, a stable, high-performance Internet connection is essential for the metaverse. The advance of 5G technology ensures that virtual worlds can also merge more quickly. But the masses of data also have to be processed. This requires data centers all over the world to coordinate the virtual world and its participants and to execute the corresponding computing operations at lightning speed - because delays are noticed by the users and disrupt the experience. Users need special virtual reality glasses to experience the Metaverse, a smartphone that serves as an "entrance ticket" to the virtual world, and exchanges data between "real" and virtual reality. They also need an avatar that represents them in the virtual world and cameras and sensors that record the users’ movements and interactions and transmit them to the virtual world. Last, to exchange possessions and goods, the non-fungible tokens based on blockchain technology are needed.

"In order to build and animate a virtual 3D world, artists and production companies need powerful creative software," said David McGavran, CEO of Maxon. “As a founding member of the Metaverse Standards Forum, we believe Maxon One will be a catalyst for creativity, growth, innovation and unlimited possibility for artists developing for this inspiring new ecosystem.”

Advantages and disadvantages of the metaverse

The metaverse brings with it many advantages: for example, users hope for uniform standards and genuine interoperability of the individual platforms through open interfaces. This can break down barriers and create a seamless transition of different virtual applications and from real reality to virtual reality. For example, given the right hardware, a meeting could be held simultaneously in the virtual and real worlds. The Metaverse can also be taken anywhere through the smartphone: By merging everyday life and the virtual world, the world expands significantly. Online games with huge cities populated by players or concerts in virtual reality with hundreds of thousands of avatars, which make online concerts a realistic experience for bands and fans alike, are then part of the virtual experience.

Advocates of the metaverse have high hopes for the concept. But as great as the advantages of the undivided, barrier-free virtual experience are, there are also critical voices about the metaverse. So far, moreover, we cannot yet speak of a unified metaverse - instead, we are dealing with many metaverses that are separated from one another and between which no exchange is yet possible. This does not correspond to the original concept of interoperability. There is also the question of ownership of the goods that are acquired via the metaverse. Blockchain technology and non-fungible tokens (NFT) based on this technology offer an answer to this. These can be used to identify digital objects as individual items and regulate their ownership. If this standard is established in the metaverses, the goods can also be transferred.

In addition, older members of our society in particular are at risk of further losing touch with modern life if it is largely digital. The metaverse would intensify this feeling. The metaverse threatens us with what we can already experience on social networks: Users run the risk of losing themselves in the beautiful, virtual world and can develop an addiction to recognition in the virtual space, experts warn. There is also the question of the power of companies and how this can be regulated by the state. Although everyone can theoretically help shape the metaverse, corporations naturally derive a great deal of profit from it. Since the metaverse also represents a parallel world, it is questionable how this can be regulated by state norms, according to the tenor. The linking of a virtual avatar with a person's real identity also threatens to result in a loss of anonymity on the Net, which has at least partially existed up to now.

Hurdles on the way to a comprehensive metaverse

Even though the concept of the metaverse is currently experiencing a boost, there are still some hurdles that need to be overcome: The individual metaverse must first grow together, also to increase acceptance among users. In addition, there are still no uniform standards that ensure interoperability between the individual platforms and companies. Finally, important "rules of the game" have not yet been clarified, for example with regard to the ownership of goods, but also with regard to state regulation and possible sanctions in the event of violations. So the metaverse is still more of a trend than a mature construct. But the past has already shown: Even technologies that are initially regarded as "trends" can become real turning points for the way we communicate with each other. 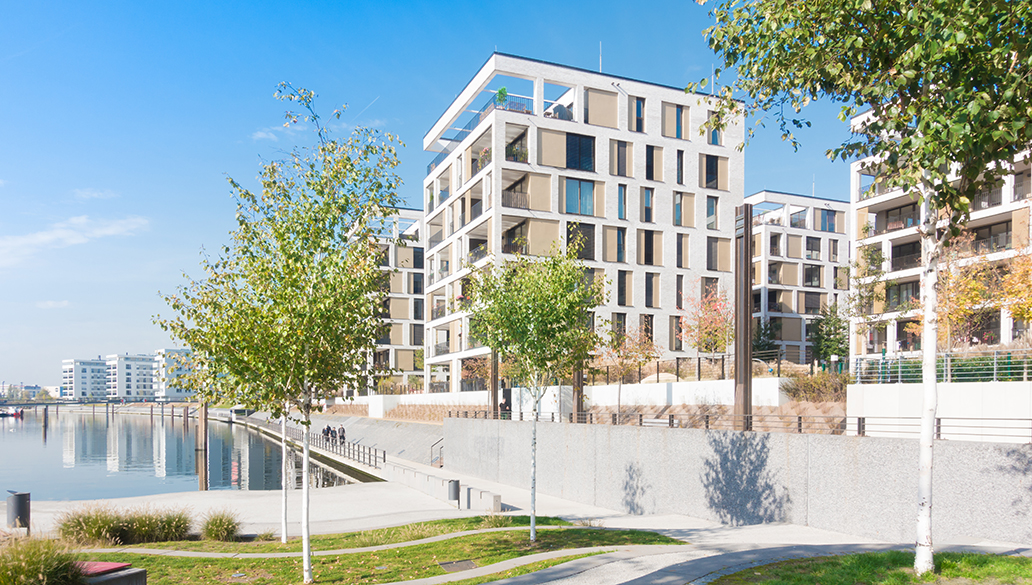 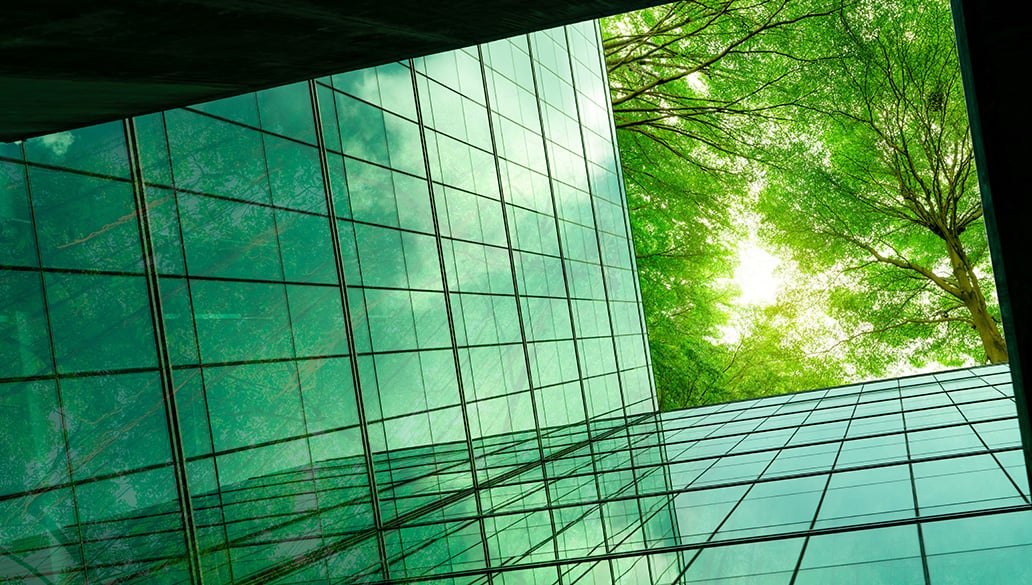 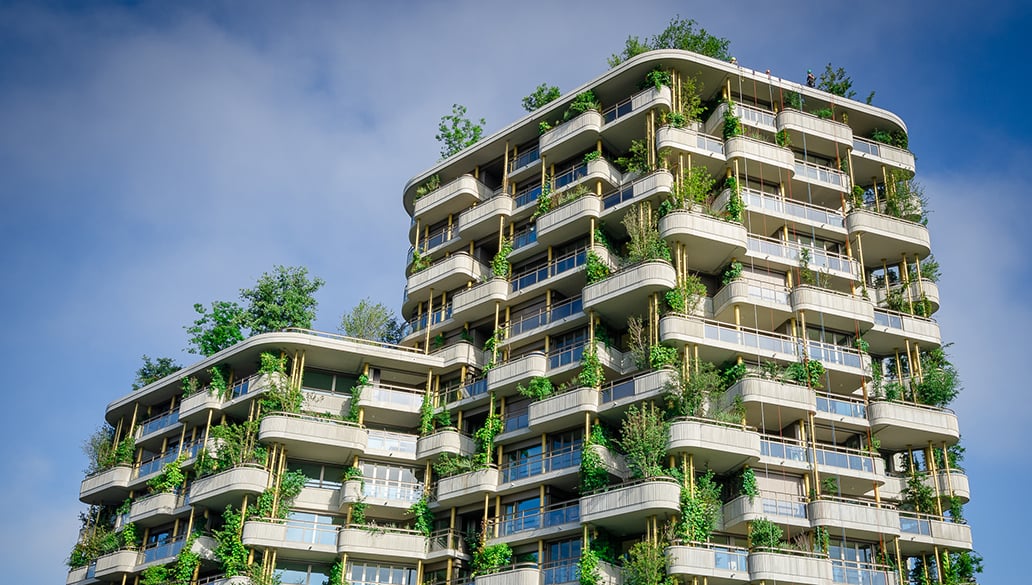 Prefabrication: The new, old trend in the Construction Industry

Prefabrication is one of the fastest growing segments within the AEC/O industry. Experts predict a bright future for modular construction.